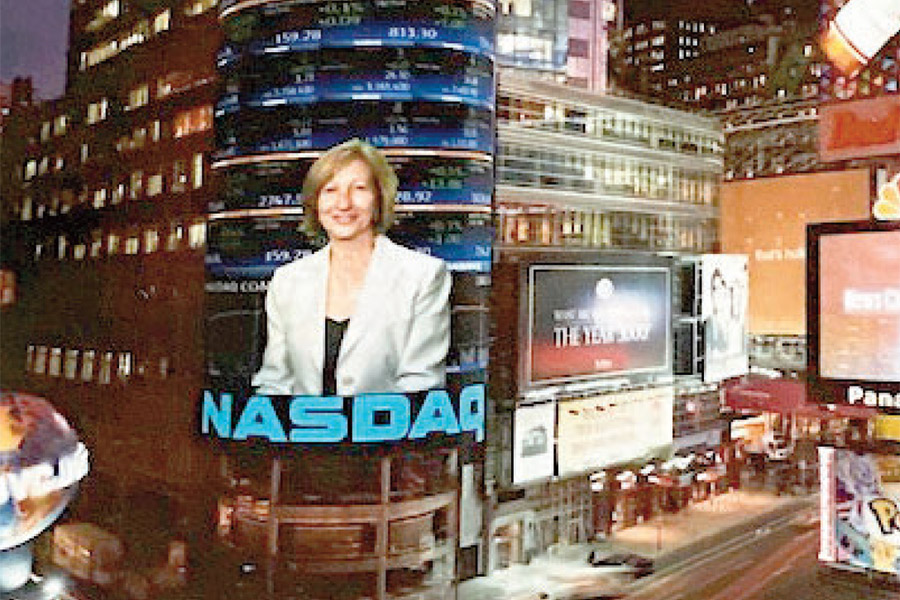 Problems Solved Helps Get Your Money Back

Where do you go when you have a problem you can’t solve? Problems Solved, of course. A new business in Plymouth is helping individuals and companies take care of those sticky situations that almost always involve money.The brainchild of Nancy Muckle, Problems Solved finds a way to broker a deal and get the cash back. “We look at the problem and what money is involved,” she said. “We get the problem solved and money returned. We can help with any kind of problem – from $500 to $100,000.”

Got a problem that needs solving? Nancy Muckle wants to solve it for you.

Nancy Muckle on an electronic billboard in Times Square in New York City when she helped a corporation raise $90 million in capital. A business leader for decades, The Pinehills resident worked in upper-level management helping technology companies with business development and improving revenue performance. She got the idea for her new venture while helping her mother as she aged. “My father had died and I was taking care of my mom,” she recalled. “She was in an assisted living facility and there were so many issues she was dealing with. I thought, ‘Wouldn’t it be great if there was someone who could solve these problems?’” Muckle realized that was her. And if she could do it for her mother, then why not for other people? That was 14 years ago, when she was busy with other ventures, including Muckle & Associates, an in-demand consulting service for major corporations.

So Muckle put the idea on hold but continued to think about it. Last year, she decided to move forward with her innovative plan and assembled a team to assist her in making her dream come true. Now they help people and businesses with those nagging troubles involving issues of healthcare, automotive, hospitality, insurance claims and more.

According to Muckle, Problems Solved first looks at the issue and determines the feasibility of righting the wrong. Once they determine there is a chance of success, it’s full speed ahead.

“We identify the problem first,” she said. “We look at three main questions: What is the problem? How can the problem be solved? And who can resolve it?”

Often times, the issue in getting money returned has to do with locating the correct person within an organization who has the responsibility to do that. Whether it is a canceled vacation or poor performance by a vendor, most low-level customer support employees do not have the authority to make decisions regarding financial claims.

Muckle cited a recent problems she solved for a young woman A college student, she had been involved in an automobile accident. At first, the woman accepted the insurance company’s offer to settle for $500, then had misgivings about her decision.

“As it turned out, she had a concussion, missed a lot of classes and incurred numerous medical expenses,”

Muckle said. “I checked with one of our advisors, who told me she should be able to collect up to $1,500 from the insurance company. I contacted somebody there on the senior executive team, told him the story and he took care of it. My client received $8,000.” Muckle said she charges a small percentage of the settlement for her company’s services. After decades of working at the corporate level, her goal now is to serve those who need her expertise.

“I want to give back and help others,” she said. “If I can help my next neighbor or a small business get their money back, then I have succeeded.”

Right now, Muckle is building her business in Plymouth and the region. However, she thinks her concept could have national appeal.

“At the moment, the focus is on Massachusetts,” she said. “There are plenty of problems and plenty of opportunities right here. But I do believe we could expand across the country. I had one executive tell me this was an amazing idea and he didn’t know of anyone else doing what we are doing.”